The river network of the Sakhalin Oblast comprises 61,178 rivers, most of which are categorised as minor rivers and streams, having a total length of 93,427 km. The fresh and brackish water bodies (rivers, lakes, lagoons) are inhabited with 89 species and types of fish and fish-like vertebrates. Diadromous fishes, especially Pacific salmon, play an important role in the biodiversity of Sakhalin’s ichthyofauna. The Red Book of the Sakhalin Oblast includes seven species of fish, eighteen species of molluscs, and six species of crustaceans. They represent all the species included in the IUCN Red List and the Red Book of the Russian Federation that are found in the Sakhalin Oblast, the species that are rare for the Russian Far East, as well as new, recently discovered species, the distribution and population of which are yet unknown.

The laying of the pipelines entailed crossing 1,000 fresh water bodies (rivers, streams, lakes, canals) located on the vast territory stretching fr om Chayvo Bay in the north to Aniva Bay in the south.

During preparation and construction stages, Sakhalin Energy conducted baseline studies and environmental monitoring of all water bodies. Before starting the operation stage, the company developed and introduced a comprehensive monitoring system for the water bodies crossed by the pipelines, which would allow to track any changes, identify critical areas and promptly develop and implement remedial action.

The River Ecosystems Monitoring System covers several work areas: quality control of surface water and bottom sediments, monitoring of benthic communities and ichthyofauna. Monitoring of the river ecosystems quality primarily reflects the nature and specifics of potential impact on the aquatic ecosystems during the operation of pipeline and Sakhalin Energy infrastructure facilities. In addition, monitoring allows to identify possible reverse impact from natural factors on the infrastructure facilities within the Sakhalin-2 project.

Monitoring of the river ecosystems includes:

-  determination of hydrological and hydrochemical characteristics of streams;

-  identification of hydromorphological changes (river bed and bank erosion in the areas of pipeline route crossings);

-  assessment of benthic community and abundance;

Surveys are carried out during three hydrological seasons: spring floods, summer low water, and autumn high water. Sampling was carried out at two cross sections — the upstream baseline (with no impact from the company’s infrastructure facilities) and downstream monitoring sections.

Over the entire monitoring period, on most investigated river-crossing pipeline sections (from the upstream to the downstream cross sections), no significant horizontal or vertical deformations of river beds were detected. The crossings are in satisfactory condition, and no damage to utility lines was found. On the sections wh ere river bed deformations are identified, additional studies are carried out to ensure timely repair and restoration works.

The analysis of quantitative and qualitative indices of macrozoobenthos and its habitat conditions (such as bed type, current speed, bed soil type, depth) shows that the variability of the composition, state and structure of bed communities between the baseline and control sections is due to natural heterogeneity of biotopes and hydrologic-hydrochemical indicators at the monitoring stations.

At the post-construction stage, in addition to the monitoring of the state of the rivers, the company conducted a long-term programme for the research of ichthyological characteristics of the rivers crossed by the pipeline. The quality of restored crossings and the state of spawning areas showed no impact of operation on the ichtyocomplexes of the water bodies. Therefore, comprehensive ichthyological studies of the Goluboy Stream running through the territory of the Prigorodnoye Asset were added to the Ichtyocomplexes Monitoring Programme at the operation stage. The scope of the studies includes the assessment of size and quality of potential Pacific salmon spawning areas. Additionally, Sakhalin Energy monitors juvenile downstream migration and breeders run of Pacific salmon.

In 2013, the company published the book The Rivers of Sakhalin Island which contains detailed information on the island rivers and Sakhalin Energy’s efforts to mitigate environmental impact on them.

The results of the monitoring are published annually in the Sustainable Development Reports which are also available on the company’s website. 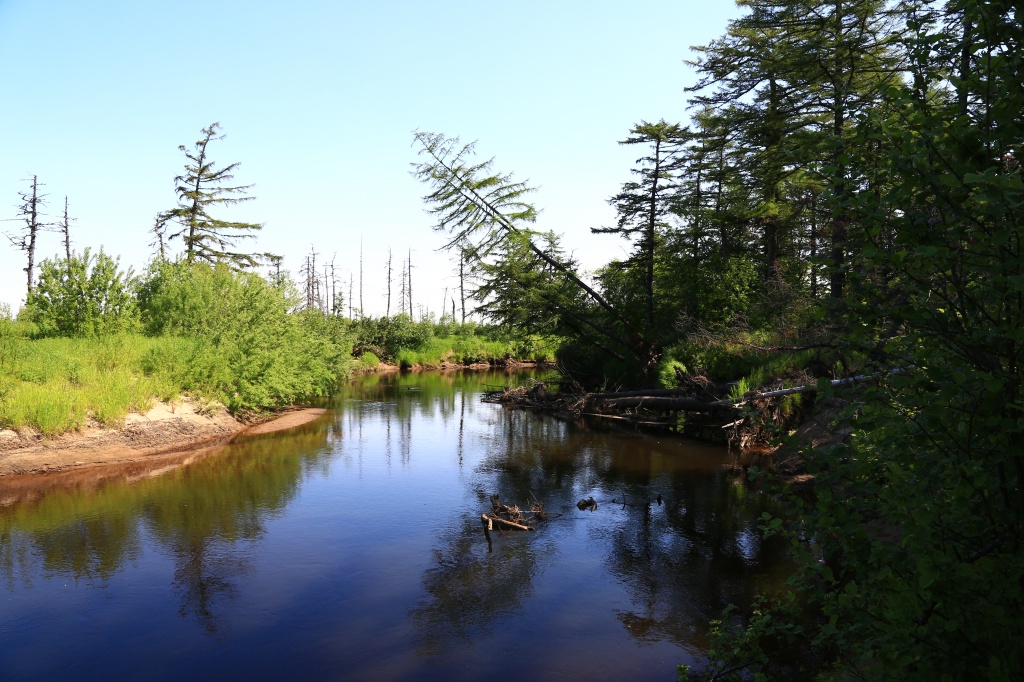