Birds are an essential component of land and marine ecosystems. Over 360 species of birds occur on Sakhalin island alone. Of those, about 160 species nest in the region. At the pre-construction stage, Sakhalin Energy performed extensive ornithological studies along the planned pipeline route and production facilities. Detailed examination of the species composition and quantitative characteristics of the avifauna identified the most significant areas with high species diversity and located the nesting sites of protected bird species listed in the Red Books of the Russian Federation and Sakhalin Oblast. Further monitoring during the construction and operational stages focused on the assessment of abundance and distribution of rare and protected bird species as the most vulnerable and susceptible to man-made impact.

The objective of the monitoring is to assess the impact of the operation and construction of the company’s new production facilities on the population and habitat of rare and protected bird species.

The following objectives are addressed during the studies and the analysis of collected data:

Over the period of monitoring near the plant, including in the adjacent offshore area, 29 protected species were spotted, the most important of which were the Latham’s snipe and the Japanese robin. Reclamation works carried out in the areas of materials and soil storage in the vicinity of the LNG plant after the completion of its construction provided additional meadow areas suitable for the nesting of the Latham’s snipe. Since the plant’s commissioning, the number of individuals has been increasing steadily. At the moment, breeding pairs occupy all suitable habitats in the area around the plant. It is predicted that the density of this species will stabilise and subsequently decrease with the emergence and development of tree vegetation in the meadow areas.

Even though the Japanese robin was removed from the list of protected species in the latest (2016) edition of the Red Book of the Sakhalin Oblast, it is still being monitored. It has been observed that the number of individuals fluctuates significantly in the vicinity of the LNG/OET− from one to nine pairs in different years − due to the natural instability of the Japanese robin population abundance on the border of their habitat.

Other protected species include several pairs of the reed bunting nesting in the reed on the shore of Mereya lake.

Nesting of the long-billed murrelet and the white-tailed eagle has also been assumed after young and adult individuals were spotted in the summer period.

In the course of the long-term monitoring along the pipeline route, 43 protected bird species have been observed. Most of them are registered during seasonal migrations when they are crossing the island. Special attention is given to the condition of such nesting species as the Siberian grouse, the Japanese quail, the mandarin duck, the Latham’s snipe, the green sandpiper, the Japanese waxwing, the yellow-breasted bunting, diurnal birds of prey, and owls. Due to the great variety in the birds’ habitat conditions along the pipeline route, their distribution is extremely uneven; to account for that, there are several monitoring areas.

The long-term monitoring of the Latham’s snipe revealed the species’ gradual resettlement to the north of the island. The emergence of grassy vegetation on the pipeline route in the forest area has had a positive effect on their numbers. The snipe has gradually populated the pipeline right-of-way in the southern and central districts of the island, and recently there have been occurrences in the northern area. Despite its high abundance, this species is protected due to its limited distribution.

The monitoring area in the valley of the Lesnaya river is used for the assessment of abundance of the mandarin duck, while the Tymovsk valley serves for tracking the condition of the nesting aggregation of the yellow-breasted bunting, the Japanese quail, and the great grey owl. The northern stretch of the pipeline crosses the habitats of the Japanese waxwing, the Siberian grouse, the Northern hawk owl, the boreal owl, and the Eurasian pygmy owl.

The long-term avifauna monitoring along the pipeline route has shown that the species composition of protected nesting bird species is stable, which indicates absence of impact. The population of owls demonstrates yearly fluctuations linked to the abundance of mouse-like rodents that they prey upon.

In the vicinity of OPF have been registered 31 species of birds listed in the Red Books of the Russian Federation and the Sakhalin Oblast. The area adjacent to the OPF is highly populated by such rare species as the Siberian grouse, the long-billed murrelet, the Northern hawk owl, the boreal owl, and the Eurasian pygmy owl. The monitoring of their populations is divided into two periods. The spring period is designated for assessing the number of males of the Siberian grouse at the lekking sites and counting owls in the nesting areas. In the summer period, the long-billed murrelet is monitored in the mornings and the evenings when pairs fly from the sea coast, wh ere they feed, to the nests and back.

The study of the Siberian grouse using individual marking showed that males are quite conservative in terms of habitats: every year they choose the same lekking grounds, which makes this species extremely vulnerable. The density of the Siberian grouse population in the OPF area corresponds to the density of this species in optimal habitats on the mainland part of their range. During the operational stage, the monitoring revealed a decrease in the number of Siberian grouses, associated with the reduction of the forest habitat areas due to the man-made impact of a third party.

Monitoring of the long-billed murrelet demonstrates that up to 6–7 pairs of this species make nests in the woods adjacent to the plant.

The Chayvo spit occupies a special place in the birds monitoring programme, since it is included in the Lagoons of North-Eastern Sakhalin, a key ornithological territory of international significance. The reason for this is that the migration routes of gulls, ducks and waders lie along the spit; in addition, the Chayvo spit attracts wetland birds as a nesting site. In the years of the Chayvo spit area monitoring, 193 bird species were registered in the summer periods, of which 37 are listed in the Red Data Books of the Russian Federation and the Sakhalin Oblast.

During surveys at the pipeline route designing stage, colonies of the Sakhalin dunlin and the Aleutian tern − both protected species − were discovered in the pipeline landfall area. To reduce the impact of the project on these species, the pipeline route was diverted to bypass the colonies, and the subsequent construction work was suspended for the entire nesting period. Certain types of work were not permitted until the mapping of the nesting grounds was completed and the birds’ absence in the work area was confirmed. Subsequent monitoring of the nesting colonies showed that the laying of the pipeline route did not affect the number of breeding pairs of the Sakhalin dunlin and the Aleutian tern on the Chayvo spit. The observations have shown that individuals of the Sakhalin dunlin are highly attached to their nesting sites. As regards the Aleutian tern, it has been revealed that the number of its population fluctuates significantly and the colony distribution is not consistent, which is due to the biological peculiarities of this species.

Nests of the red-necked phalarope, the long-toed stint, the horned grebe, the American scoter, the common goldeneye, the red-breasted merganser, the black-throated diver, the red-throated diver, and other species have been discovered in the area of potential impact from the pipeline. Most of them are located on the southern border of their nesting ranges, which increases the importance of preserving the birds’ habitats on the spit.

The monitoring of the terrestrial bird communities shows stability in the dominance structure. The observation of the passerine birds has revealed a high density of the Eurasian skylark, the green-headed wagtail and the black-backed wagtail, the dusky warbler, the olive-backed pipit, and the Middendorff's warbler.

In 2011, the company published The Birds of Sakhalin, a book with detailed information on the unique bird species spotted near the project’s production facilities. 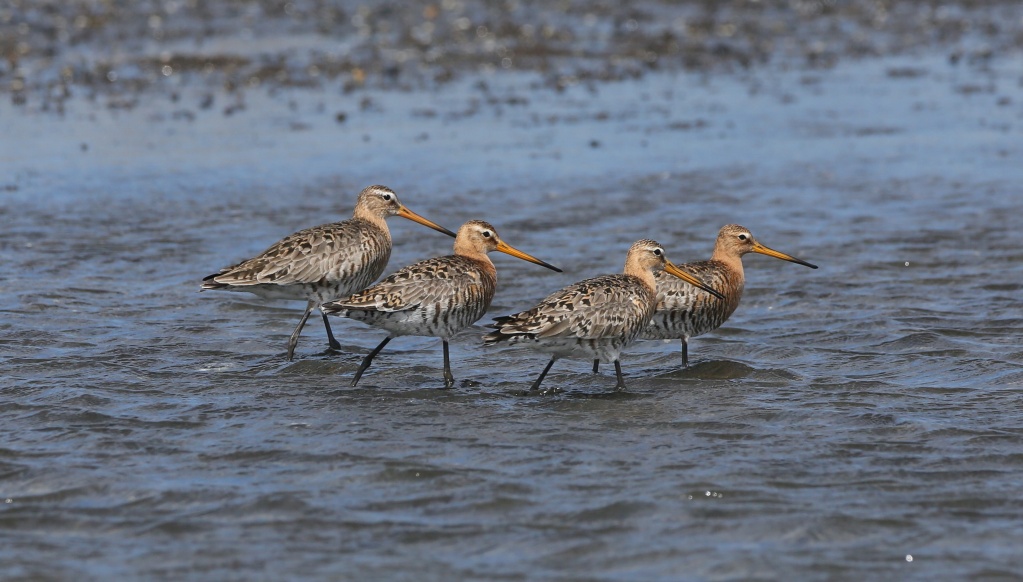 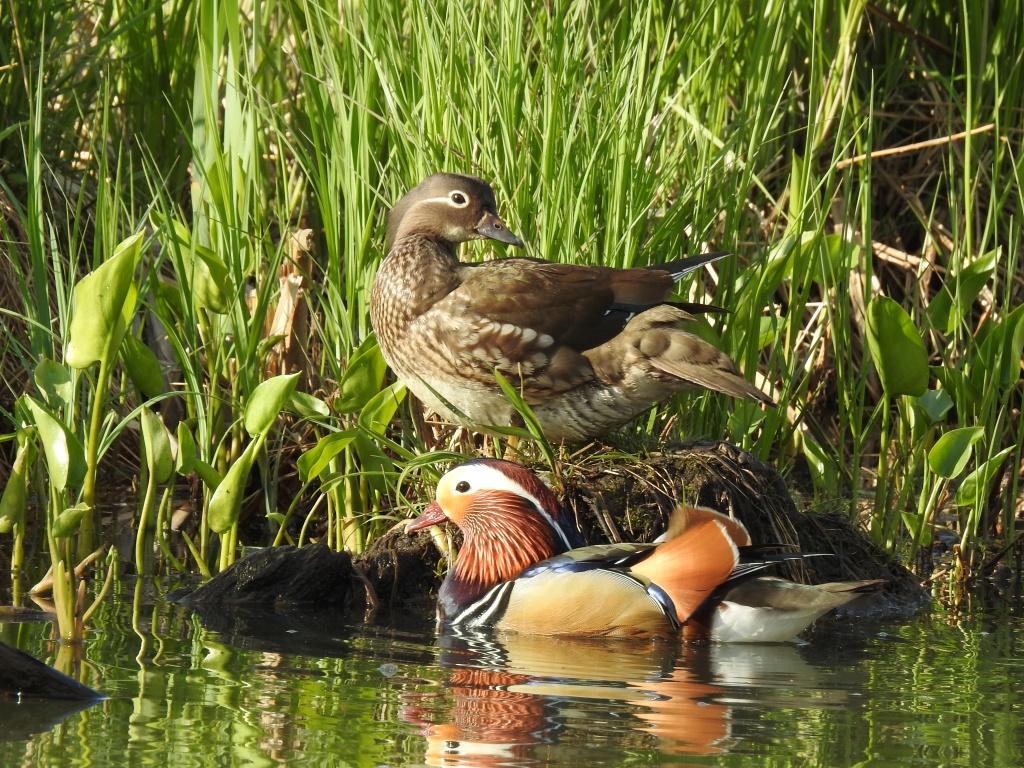