Moskva on Watch at Prigorodnoye

The Moskva icebreaker started its watch at the Prigorodnoye port − Russia’s first seaport that had been built specifically for servicing oil tankers and vessels carrying liquefied natural gas (LNG) as part of the Sakhalin-2 project.
Each year, Sakhalin Energy charters an icebreaker to maintain secure uninterrupted supply of its products in winter, when tankers coming to and going from the Prigorodnoye port are very likely to encounter large masses of ice. As a rule, this happens between February and March.

Moskva belongs to the Far East branch of Rosmorport and ensures safe navigation of vessels in ice season. In addition, the icebreaker can be used for towing vessels in icy and ice-free conditions, transporting cargo, participating in emergency response, vessel rescue, and oil or chemical spill response operations in the open sea, as well as for firefighting.

“Moskva has not been stationed at Prigorodnoye before, but this doesn’t mean there will be any difficulties − the ship’s specifications ensure efficient performance. The icebreaker’s hull and power capacity allow for breaking 1-metre ice fields at continuous speed. In the Aniva Bay, the average ice thickness is 0.3–0.4 metres,” says Vyacheslav Kivaev, Marine Superintendent of the port. 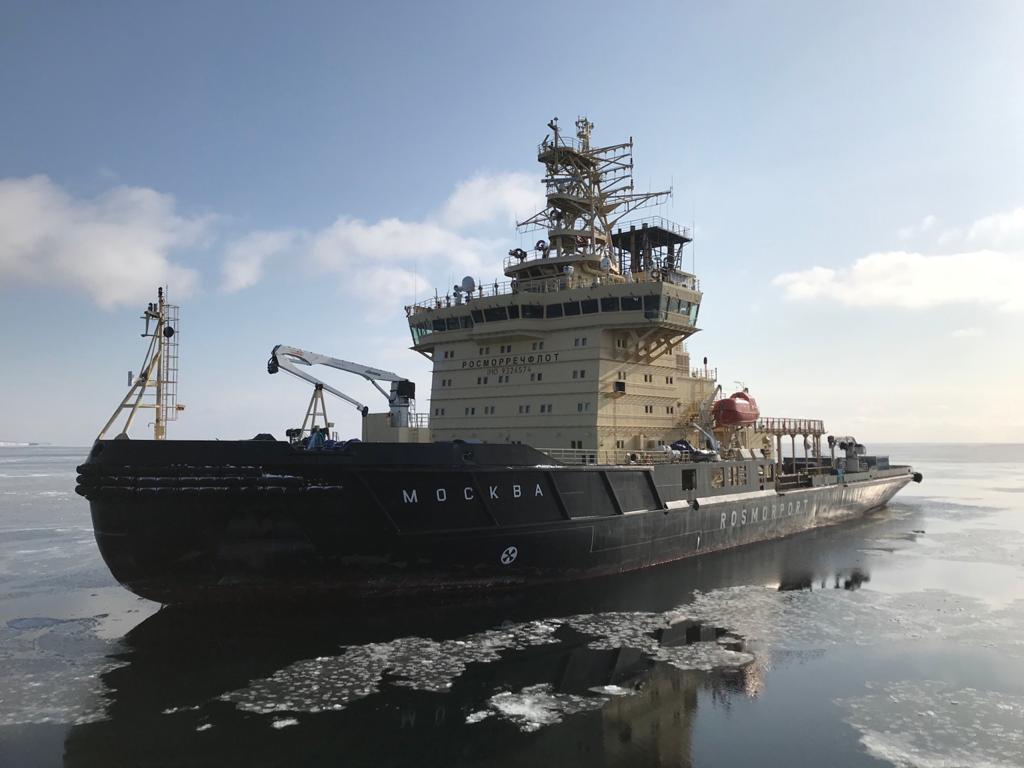 Moskva will operate at Prigorodnoye for 35 days; the charter may be prolonged depending on ice conditions. After that, she will go to the Vanino port. While working for Sakhalin Energy, the ship’s crew will not come ashore or interact with the employees of the Prigorodnoye production complex. This is done to maintain the safety of the company’s key production facility during the pandemic.