On 9 May, company employees laid flowers at the Eternal Flame in commemoration of the 75th anniversary of the Great Victory

Commemoration ceremony took place at the memorial complex on the Glory Square. Chief Executive Officer Roman Dashkov, members of the Committee of Executive Directors, and heads of the divisions participated in the event.

“Today, we bow our heads before the heroism of soldiers and homefront workers whose unequalled feat of arms and labour exemplified courage, persistence and sacrifice. The memory of the Great Patriotic War lives in our hearts and continues through generations,” Roman Dashkov addressed to the participants.

Participants of the ceremony observed a moment of silence and laid flowers to the Eternal Flame. Then, the delegation headed to the Walk of Heroes of the USSR to honour the Soviet soldiers who participated in the battles liberating Southern Sakhalin and the Kuril Islands.

Memorial complex on the Glory Square in Yuzhno-Sakhalinsk was opened in 1980 and is a part of the cultural legacy of the region. 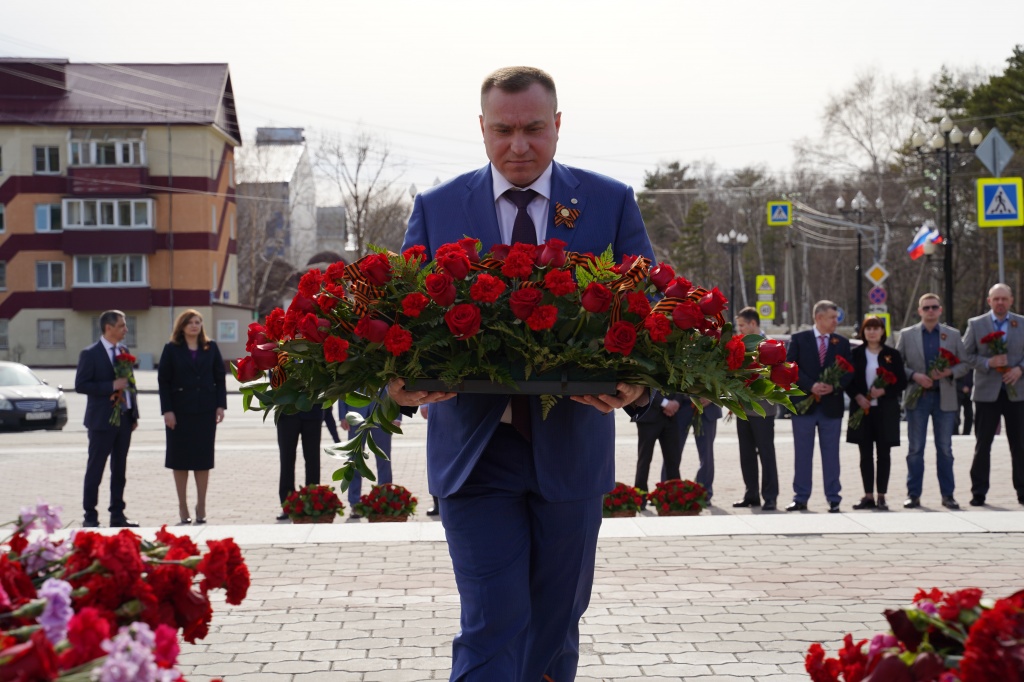 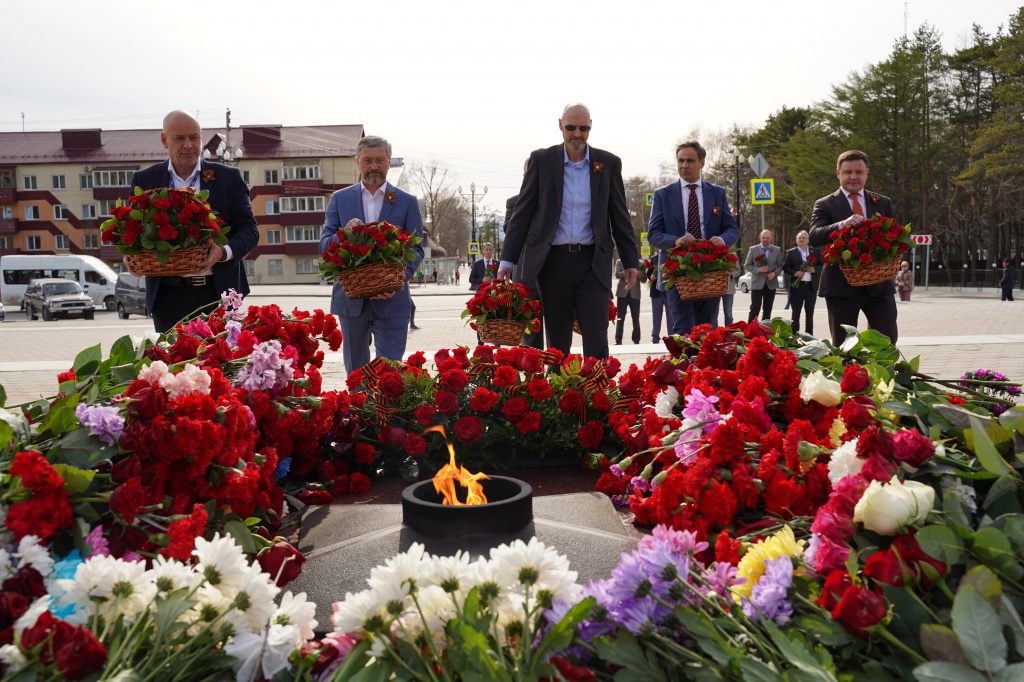