Earlier today at the Port of Prigorodnoye, the 1,800th LNG cargo produced at the Sakhalin-2 LNG plant operated since 2009, was loaded onto the Hyundai Aquapia LNG carrier. The destination country for this cargo, purchased by KOGAS company, is South Korea. It is also worth to note that this is the first port call of the ship to Russian Federation.

The LNG plant is one of Sakhalin-2 project’s key assets. The feed gas arrives from the offshore platforms located off the north-east coast of Sakhalin Island via the gas pipeline that stretches for over 800 kilometres.

According to Arthur Lubniewski, Sakhalin Energy’s Deputy Commercial Director, the Prigorodnoye plant currently ranks among the world’s top-10 LNG plants in terms of capacity. “Delivering the 1,800th LNG cargo is a remarkable achievement for Sakhalin Energy, and we are doing our best to continue to be a world-class LNG supplier, delivering hydrocarbons in safe and timely manner. In 2019, Sakhalin LNG accounted for more than 3% of global LNG exports, and delivered more than 8% of total LNG to LNG’s largest market Japan. Over the project’s history, Sakhalin LNG has been delivered to 47 destinations located in seven countries,” Mr Lubniewski added.

One standard cargo is equivalent to 65 thousand metric tonnes of LNG. Since launching the plant slightly over 11 years ago, Sakhalin Energy has produced and shipped approximately 117 million metric tonnes of liquefied natural gas. Thanks to regular de-bottlenecking and equipment adjustment, the LNG plant now produces more than 11 mtpa, which is significantly above its design capacity of 9.6 mtpa.

LNG cargoes produced by Sakhalin Energy are both supplied FOB and shipped by the company using the Grand series LNG carriers (Grand Elena, Grand Aniva and Grand Mereya), as well as Amur River and Ob River carriers used by the company under a long-term charter agreement. 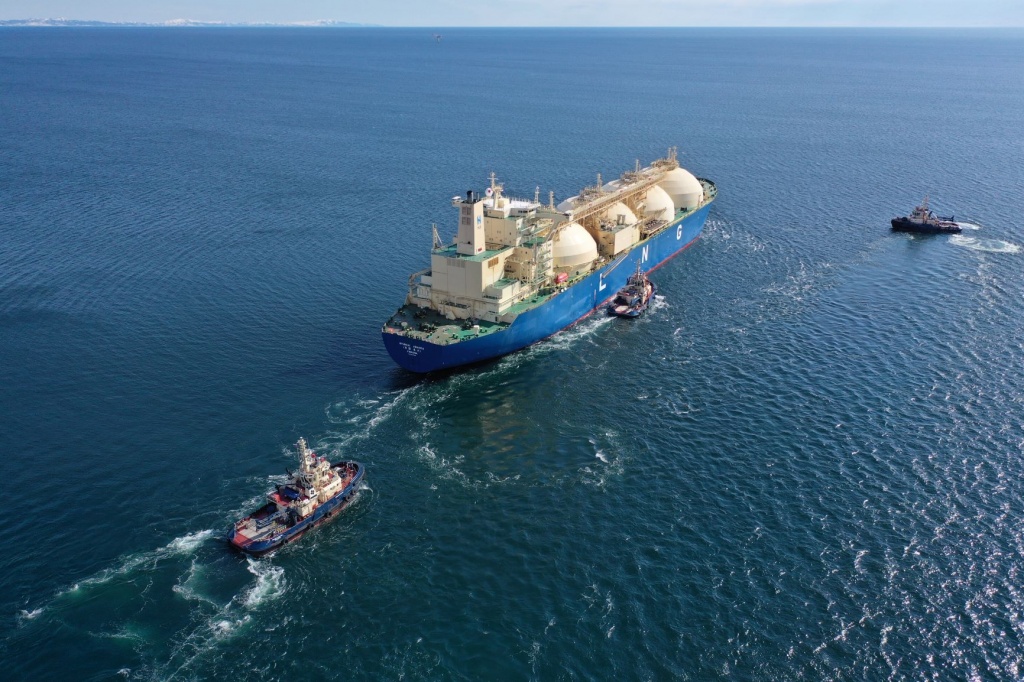