The celebration on 12 March was organised and hosted by the museum employees with the support of the region’s Ministry of Culture and Archives, the local Yuzhno-Sakhalinsk Indigenous Minorities NGO Ykh-Myth People (People of Sakhalin) Ethnocultural Centre, and Sakhalin Energy.

According to Irina Malkova, Deputy Director for Science at the Sakhalin Regional Art Museum, the Nivkh Culture Day coincided with the upcoming anniversary of Vladimir Sangi, who will turn 85 on 18 March.

Indeed, the imagery in Vladimir Sangi’s writing and his world-view helped to shape the contemporary self-definition doctrine not only for Nivkhs but also for other indigenous peoples both in Russia and abroad.

In this context, it is not surprising that, in addition to being a recipient of the RSFSR State Prize and many other prestigious awards, Vladimir is also a member of the International League for Human Rights affiliated with the UN Economic and Social Council. He uses this high-profile platform to continue talking about the importance of preserving the unique heritage of indigenous minorities, promote humanitarian ideals, encourage mutual spiritual cross-fertilisation of different cultures, among which he highlights Nivkh peoples.

“Nivkhs have created one of the greatest cultures in the world. Its spiritual ideas were not able to spread to Europe and Asia for a long time only due to the lack of a writing system and some other related circumstances. Nivkhs are far from done introducing ourselves to the world; I believe this is just the beginning,” Vladimir Sangi said in his welcome speech during the celebration.

He shared that he is welcoming his 85th birthday in high spirits, full of energy and professional plans. First on the list is to finish a complete set of his works.

Sakhalin Energy supports the author in many of his endeavours.

“Mr. Sangi’s works educate us about the unique Nivkh peoples, their traditions, culture, relationship with the nature and much more. He is truly the heart and soul of Nivkhs,” said Tatiana Derivedmid, Head of Social Performance at Sakhalin Energy, in her address to the event attendees and the celebrated writer personally, wishing him good health and further creative success. 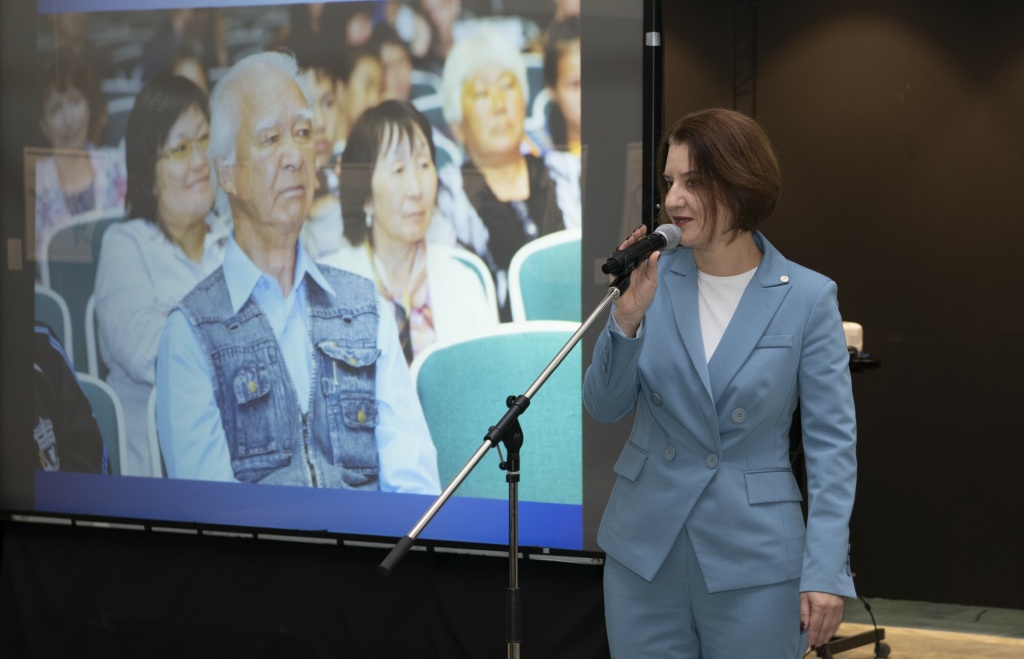 Within the framework of the Nivkh Culture Day, the Sakhalin Regional Art Museum also hosted a meet-the-author session with Vladimir Sangi and opened an exhibition dedicated to his other talents as an artist, poet, composer and singer-songwriter.

The organisers prepared activities for visitors of all ages: children enjoyed an interactive Nivkh Fairytales programme and a screening of booktrailers for literature inspired by ethnic folklore and Vladimir Sangi’s works, while adults had the chance to watch The Ykh-Myth Man. Vladimir Sangi and The Voice of Nivkhs films and attend an evening performance of People of Ykh-Myth ethno-cultural dance ensemble. The visitors also showed great interest in the Glass Painting: Nivkh Patterns workshop. 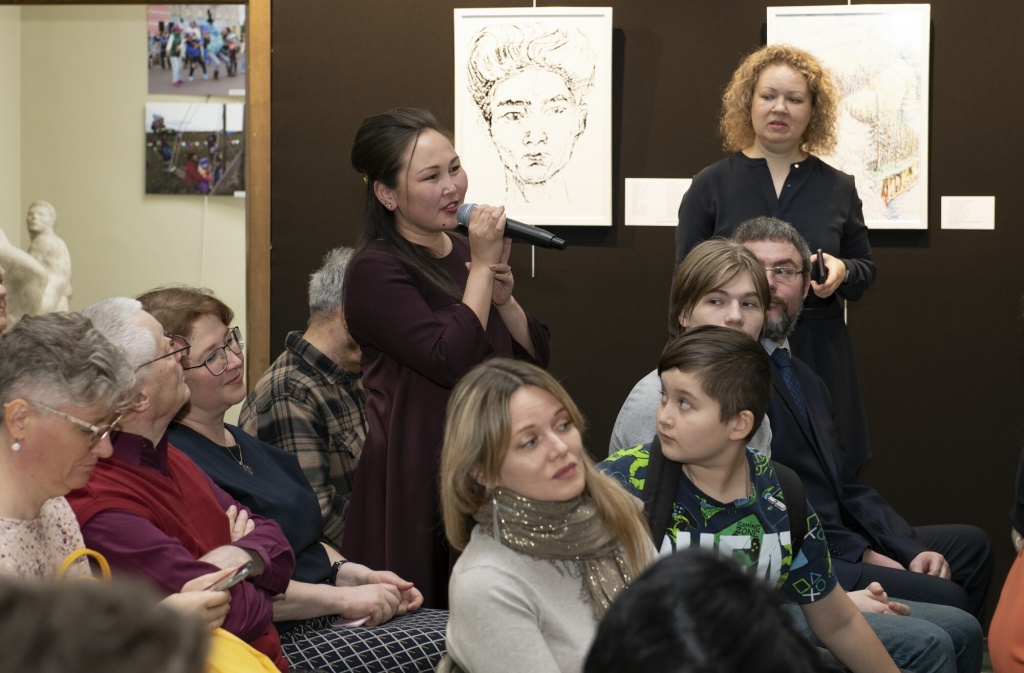