The First practical lesson of Life Safety Fundamentals under the Safety Fundamentals Training project with the participation of rescuers and Senya − the character of comic books, videos and other materials issued as part of ‘Safety is Important!’ programme, has been held on 6 March in Korsakov secondary school No. 6. Children from other schools of the district were as well involved in the class which brought together over 60 students.

The project has been implemented since 2017 by the efforts of the Sakhalin office of the Russian Union of Rescuers (Rossoyuzspas), an all-Russia public organisation, with the support of Sakhalin Energy. This year, Sakhalin department of all-Russia Children’s and Youth Movement “Safety School” joined the project sponsors.

“Safety Fundamentals Training project emerged for only one yet important reason: we live in the region where any known emergencies can occur, and we need to be prepared for them fr om an early age. Various partners help us to implement the project and, as always, a tremendous support is provided by Sakhalin Energy. The project’s development continues due to this support. Since 2017 the number of participants increased from 600 to 1950. This is the number we have in our plans and it may still grow”, said Evgeny Cherny, the Head of Sakhalin Department of Rossoyuzspas.

Three-hour training game, arranged for five-graders, focused on safe behaviour in the internet, when handling fire, on the water, on the railroad as well as on first aid training. The group of specialists and experts of the State Inspection of Small-Sized Vessels, Fire and Rescue Squad of the Main Department of the RF Ministry of Emergencies for the Sakhalin Oblast, all-Russia Students’ Rescue Division, Sakhalin State University, Sakhalin Branch of the Far Eastern Railway and MTS communication company helped the children throughout the learning process.

Children’s vivid attention was focused on Senya, a great connoisseur of safety rules, who has been happily sharing his knowledge with children for many years.

This year, Senya turned 15 and together with the joint programme ‘Safety is Important!’, implemented by Sakhalin Energy, Sakhalin Emercom and Regional Ministry of Education.

According to Anna Lygina, Sakhalin Energy’s Lead Specialist of the Social Performance Subdivision of the Corporate Affairs Department, during this period Senya and his safety lessons became known not only in the island but in the continental Russia and abroad. In 2015, the Russian Children’s Film Festival were held in Nish, Serbia wh ere cartoon series ‘Safety Is Important!’ was included in the programme of the forum.

“Fifteen years is a long time, especially for children, who eventually become teenagers. Senya also grew up, as well as the programme which he represents. The programme is being developed in several key areas, one of which is the creation of educational animated videos about safe behaviour in various situations. Based on the animated cartoons, comic books are issued. In addition, 12 classrooms in schools and 10 “safety corners” in kindergartens have been equipped under the programme. We also pay a great deal of attention to practical activities such as ongoing lessons”, added Lygina.

This year, lessons of Life Safety Fundamentals will be held in all district centres of Sakhalin. The cycle of lessons will be completed and summed up on 14 April in Yuzhno- Sakhalinsk. 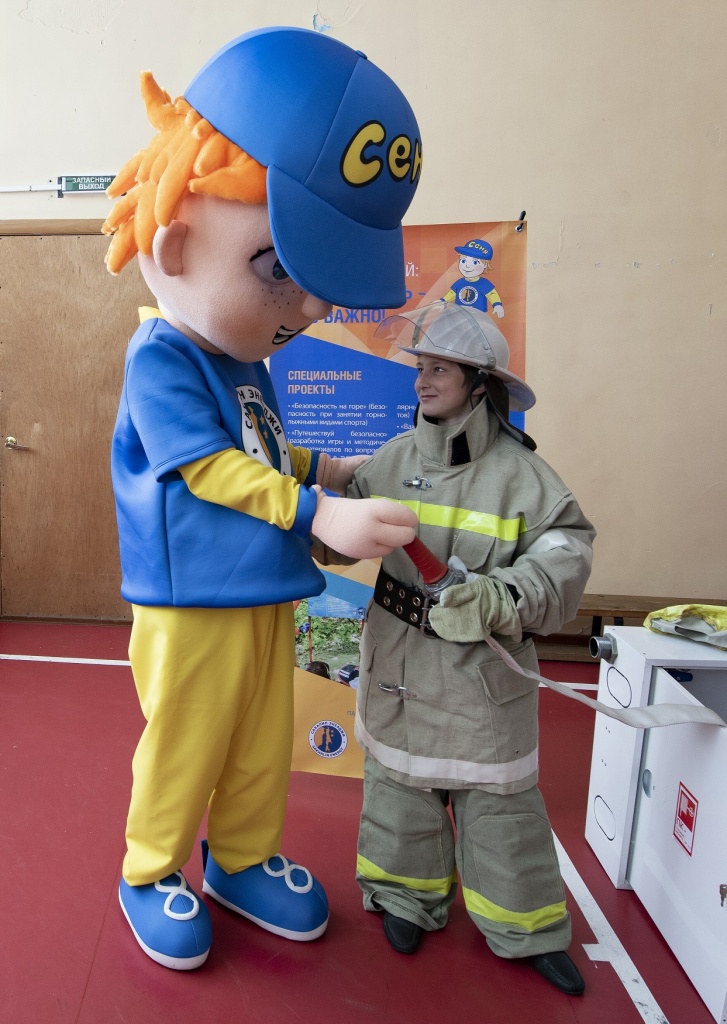 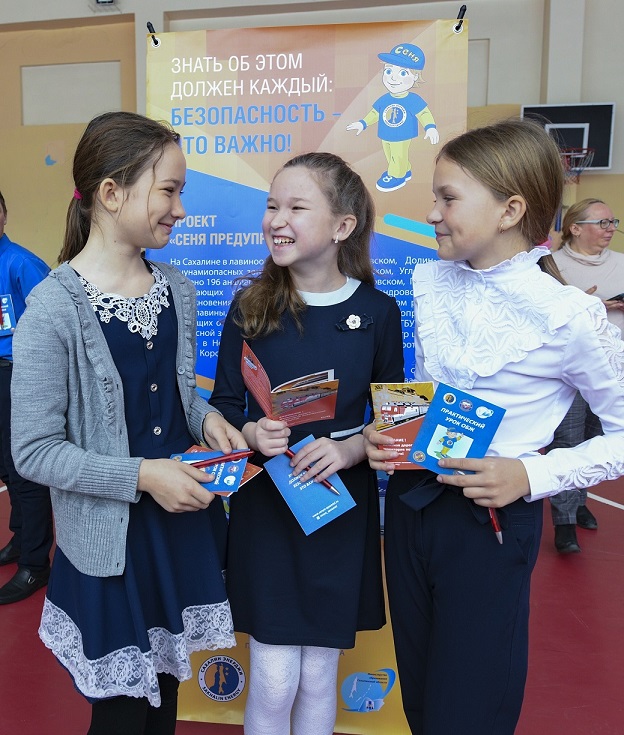 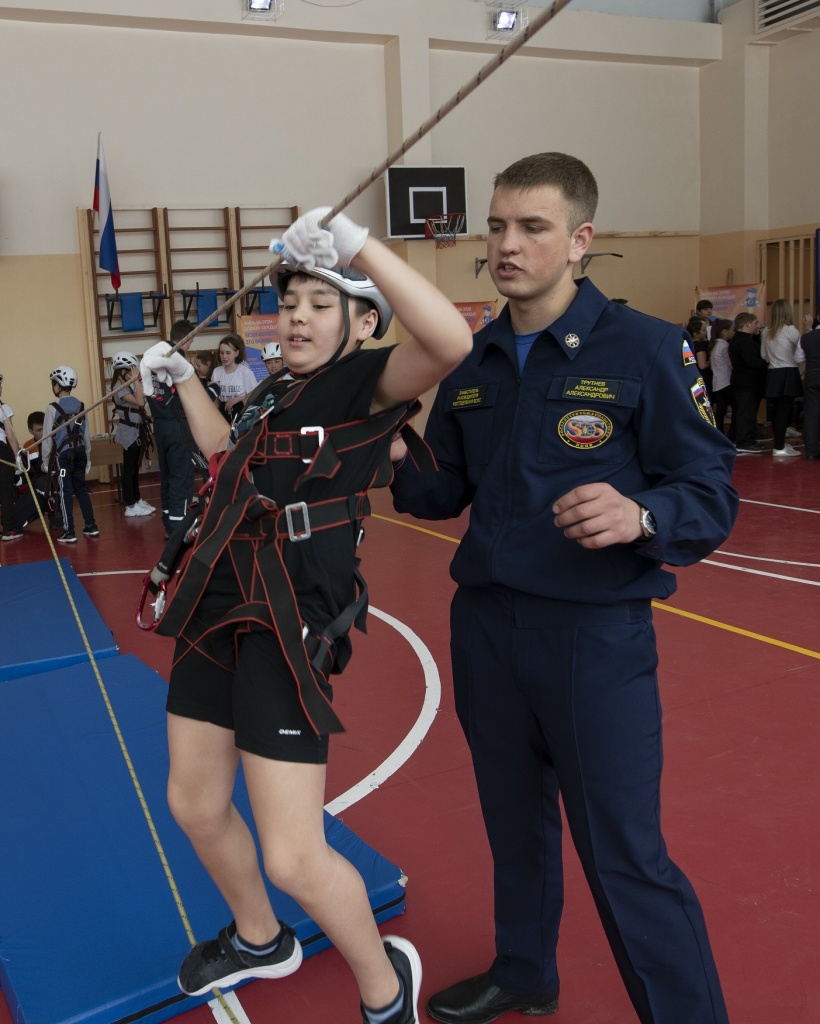