Sakhalin Energy has summed up the work of the Energy Social Initiatives Fund in 2019. The ceremony held in the Sakhalin Regional Art Museum gathered together numerous grantees. Five of them were awarded honourable titles.

The guests of the event were greeted by Tatyana Derivedmid, Head of Social Performance. “It is very important that the implementation of projects does not stop with the implementation of the plan-schedules. The project activities continue, gain momentum, and their implementers share their project management experience with institutions fr om other parts of Sakhalin,” she added.

The Energy Social Initiatives Fund will soon mark its 18th anniversary. It really has much to show for all the work done: in the 17 years of its activities, 628 projects from 64 settlements of the island received financial support from the company. In addition, the pool of grantees is growing annually due to novice grant recipients. Last year, for example, a dozen of organisations received grants for the first time. 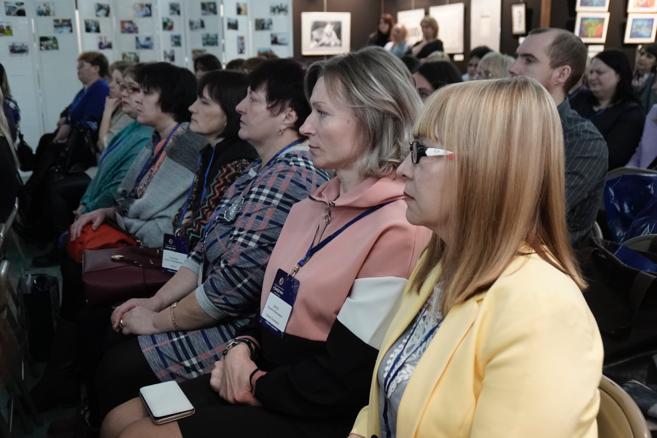 According to Anna Lygina, Lead Specialist of the Social Performance Subdivision, competition participants have to meet several criteria in order to enter the top five at the end of the year. “Normally, it takes several people and often more than one organisation to put an idea into execution. For this reason, it is essential to involve partners — like-minded people who can help to make the project as effective as possible so that it will develop further without the company’s financing. This is the most important thing for socially significant initiatives,” said Anna Lygina.

One of such initiatives is the Growing Up in Russia project, implemented by employees of the Sakhalin Regional Children’s Library. The tangible outcome of the project is the first Centre for Social and Cultural Adaptation, which opened its doors to migrants’ children. Here children learn about the cultural values of the country they live in, gain knowledge on the history of Russia and the Sakhalin Oblast, and, which is significant, improve their Russian language skills. The first experience gained in this project will be disseminated among the other regions of the Far East.

Another winner is the Children (Youth) Creativity Centre (Yuzhno-Sakhalinsk), which added a new association to its interest clubs last year. Underwater robotics is a new area in the regional system of education; therefore, the initiative to teach children the skills of designing underwater robots is a breakthrough for Sakhalin. The new association opens up great opportunities for Sakhalin boys and girls to master technical occupations, which are in high demand in the region hosting offshore oil and gas developments.

The top five projects include the initiative of the Raduga Kindergarten from the village of Troitskoye, which has set a new trend among young children — preschool wall climbing. Thanks to the implementation of the Conquering Peaks project, kids have the opportunity to try their hand at wall climbing and engage in 20 exciting and informative games that combine physical training with intellectual exercises. The interactive projected graphics space takes boys and girls into an alternate reality: they can travel intergalactic distances, go harvesting, defend a fantasy land or visit a fairy village. The kindergarten teachers plan to include wall climbing training sessions in the preschool curriculum. Special focus will be placed on individual training sessions for children with disabilities.

The preschoolers of the kindergarten in Kholmsk are lucky in that they do not need to travel far to see the paintings of outstanding Russian artists. The Small Tretyakov Art Gallery project has transformed the wide corridor of the kindergarten into a real art gallery, wh ere each child can admire the works of famous painters and draw their own masterpiece based on the chosen reproduction. This initiative helps kids broaden their outlook and, what is more, provides them with opportunities for interesting and fruitful leisure activities.

In the village of Molodezhnoye, the local library personnel put forward the initiative to establish a longevity club in order to promote an active lifestyle among senior residents. As a result, the newly-opened Tonus Longevity Club is regularly attended by enthusiastic participants who engage in social fitness with an exotic prefix “zumba”. The workouts in a specially equipped room with movements borrowed from popular Latin American dances significantly improve the physical condition of elderly villagers, and have a positive effect on their emotional state.

In total, 34 projects were approved for financing in 2019. Each of them was developed by a whole team of authors, who set out to realise their dream and are more than willing to become a good example for others. Closing the meeting, Sakhalin Energy employees extended their gratitude and appreciation to all the guests of the event. They thanked the grantees not only for their past achievements, but also for their current efforts and even work they will accomplish in the future — it will be a happy future if we do our best to realise our most ambitious creative ideas. The company invites everyone willing to send their applications for participation in the next competition of the Energy Initiatives Fund by 02 March 2020. 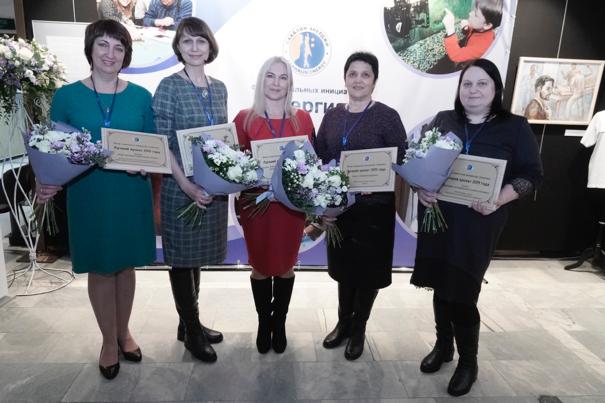