Sakhalin Energy became a winner of annual contest Benefactor of the City of Yuzhno-Sakhalinsk 2019 in Philanthropist nomination.

At the award ceremony Sergei Nadsadin, Mayor of Yuzhno-Sakhalinsk said that social and economic development of the city and its municipal improvement are impossible without contribution of benefactors and volunteers, represented by the contest participants, “whose work to make our life better is driven by their hearts”. The mayor wished everyone to “do at lease twentyfold of good deeds for the benefit of our city in the new year 2020”.

Tatyana Derivedmid, Head of Social Performance of Sakhalin Energy, thanked mayor for the award and observed that from the beginning of its activity company has been focusing on implementation of programmes of social relevance in the Sakhalin Oblast.

In the year of its 25th anniversary, Sakhalin Energy implemented several projects which has earned it the public recognition and diploma of the winner. Amongst them is the Fairy Tales in the Works of Russian Artists exhibition brought from the State Russian Museum. This event was a unique opportunity for Sakhalin residents and guests to see the original paintings of Russian artists who invoked fairy tales in various periods of their creative life. The exhibition hall of Sakhalin Regional Art Museum was remodelled for display of the collection: new lights and exhibition cases had been purchased. Over 120 excursions and other events were held during the exhibition. In 2019 the company supported one of the most important Russian theatrical projects, providing to the islanders the opportunity to see the famous plays of Golden Mask festival, staged in Chekhov Sakhalin International Centre.

For more than a decade Sakhalin Energy jointly with Sakhalin Emercom and regional Ministry of Education participates in Safety Is Important! partnership programme. Its mascots - cartoon character Senya and his sidekick Vaska the Cat teach schoolchildren the basics of safe behaviour in case of an earthquake, tsunami, fire or other hazardous events. Safety was also the theme tune of the annual Safety Holiday at which school teams competed for the title of the best expert of life safety basics.

Company’s Social Initiatives Fund is one of charity programmes to support non-commercial organisations and institutes. When selecting projects, the company is guided by the principle of openness and transparency. Financing is provided for in several areas, including education, environmental protection, art, culture, social support, sports, and healthy lifestyle promotion.

In addition, the company participates in development of the volunteer movement by supporting the employees’ charitable initiatives and corporate volunteerism as part of a programme Hurry up for Good Deeds! Training of volunteers for Gorny Vozdukh ski centre was as well arranged. 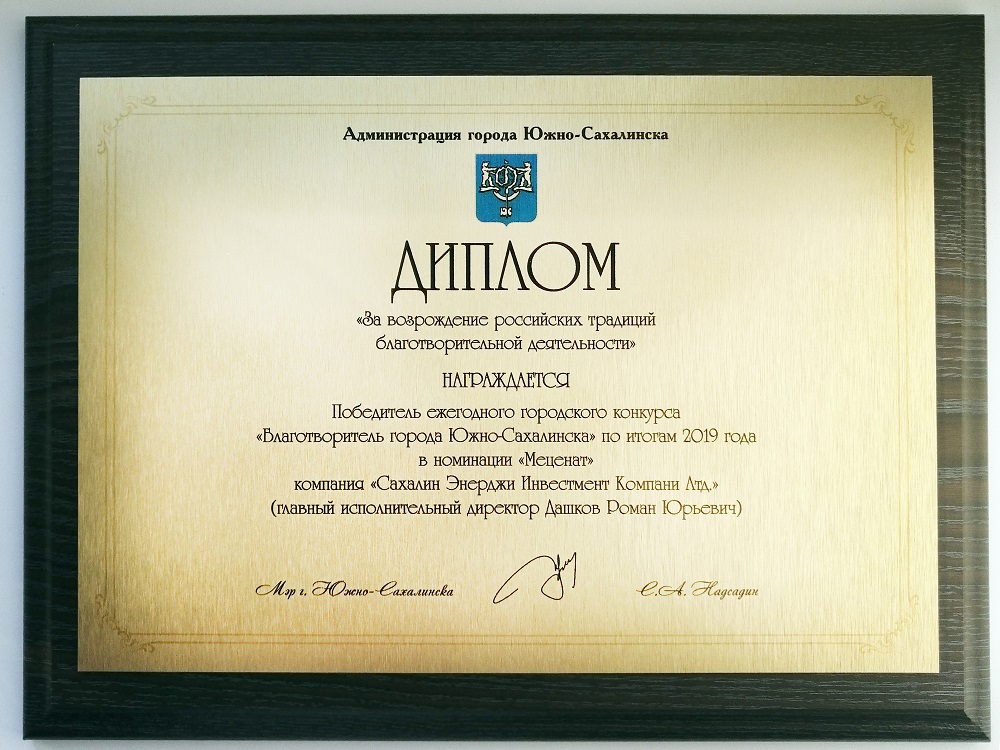