Ranking facilitators – Vedomosti newspaper, international audit and consulting group PricewaterhouseCoopers and Forum of Donators. Its goal is to find the best examples of charitable programs and spread information about corporate charity in the business environment and in society as a whole.

According to Tatyana Derivedmid, Head of Social Performance Subdivision of Sakhalin Energy, social programs in the Company are considered as an integral part of production activities. This is a targeted policy for engagement of business in society which includes both support of socially significant projects and programs as well as charity and volunteering of the Company employees. In addition, this is an active involvement of Sakhalin Energy in discussion of vital issues in the Sakhalin Oblast - she added.

The 2019 survey was carried out in the paradigm of the UN Sustainable Development Goals (SDG). Experts say that SDG have been a generally accepted driving vector for most developed countries and civilized businesses for more than three years. Russian business, keeping pace with the times is increasingly engaged in social investments aimed at sustainable development, and the corporate social responsibility policy is becoming an integral part of the sustainable development strategy of companies.

This is not the first time when Sakhalin Energy has been one of the three leaders and, in my opinion, this is an indisputable sign of systematic and serious work in the region. An important feature of the Company is its willingness to share experience, openness to partnership and an active position in promoting the achievement of SDG, - Alexandra Boldyreva, Executive Director of the Forum of Donators said.

Sakhalin Energy awards demonstrate high efficiency of the Company’s social programs and its efforts to support sustainable development projects. The Company has taken part in this annual survey since 2008 and has maintained leading positions in corporate charity in Russia for many years. 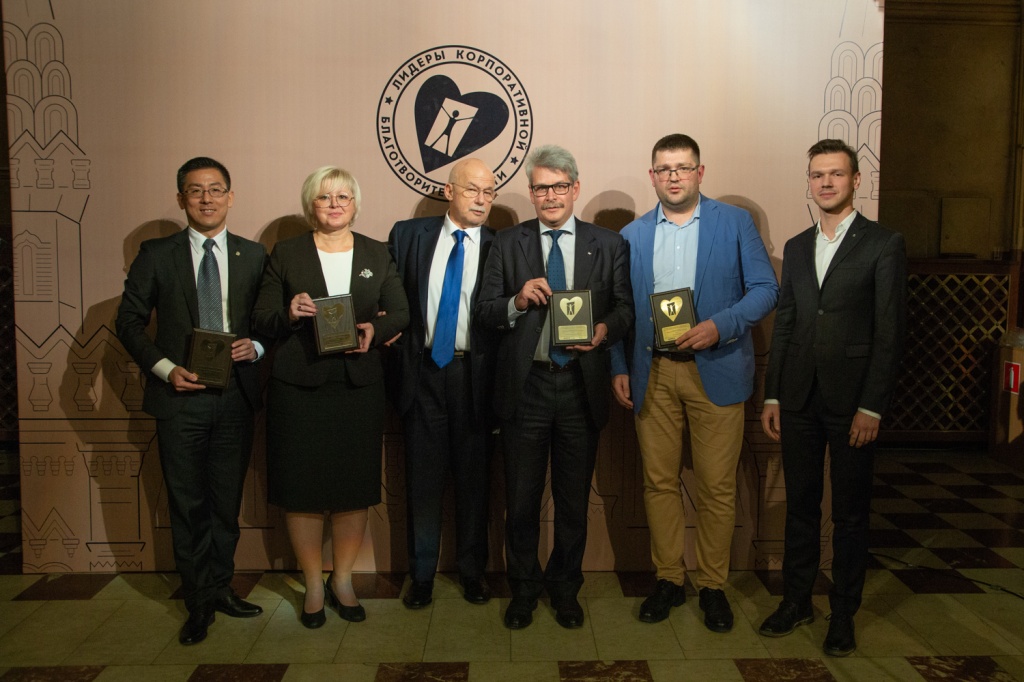