On 22 November, the Sakhalin Regional Library for the Blind welcomed not only readers but also numerous guests. Many of them have become genuine friends of the institution, without whom the Tangible World of Sakhalin—the winning project of the Sakhalin Energy grant competition—would not have taken place.

“The fifth project implemented within the framework of the Energy Social Initiatives Fund has opened up new opportunities for our readers, while also boosting the development of an important area of activity for us. The local history section will help visually impaired Sakhalin people learn more about their native land, and will prove useful to other special institutions on the island. It is particularly relevant now, when the decision on attracting visual impairment specialists to the region is being made,” said Lyubov Mishina, the Library Director.

According to Lyubov Alekseevna, it was not easy to implement the new idea. There were many issues and difficulties that could only be overcome together. The project has brought together not only all employees of the specialised institution but also representatives of various professions—a speech pathologist, a teacher, and an artist—and even readers, each of whom put a piece of their heart into it. Special words of gratitude were addressed to 13 volunteers fr om the Yuzhno-Sakhalinsk Teachers Training College who provided assistance in their free time. The youngest assistant was Veronika Korpacheva, a sixth grader from the regional centre’s Gymnasium No. 3.

“I study at the Quantorium children’s technology park wh ere I used to participate in the Geoquantum programme, learning how to design virtual maps of the area. So when I was offered to help with a 3D map of our region, I did not hesitate long. This project was a great opportunity to apply my knowledge to the real world and help many people at the same time,” the schoolgirl explained.

A one-and-a-half-metre map depicting Sakhalin and the Kuril Islands is truly impressive. It was made in the library using a 3D printer, which allows you to create objects that are almost identical to their virtual models. At first glance, it all seems quite simple, but in reality the map had to be assembled from many individual parts like a puzzle. In addition, during its creation the authors faced the question of how to place cities on the map—due to the island’s terrain, the 3D printing technology behaved “disobediently”. As a result, the district centres of the region’s 18 municipalities were put on the map using soft clay.

The project’s highlight is the tactile handmade Animals of Sakhalin and the Kuril Islands book. This unique edition explores the six Red Book species of the island fauna in an unusual way. Thanks to the unique manufacturing technology, they become virtually palpable, telling about themselves through a variety of tasks presented using embossed printing. This book can not only help adults expand their horizons but also be of use to visual impairment specialists and parents of special children.

The Sakhalin Plant World published by Sakhalin Energy in 2014 has become a prototype for another Braille book. Special editions were supplemented by the audio version of the Admiral Nevelsky Book voiced by the students of the Yuzhno-Sakhalinsk Teachers Training College.

“Sakhalin Energy has been working with the library since 2008, and has been consistently surprised by its unique ideas for the benefit of its readers. It is rewarding to know that the company helps implement such complex and multifaceted projects that uncover new talents in each participant, provide invaluable communication experience and bring a sense of warm-heartedness with them. The goal has been achieved, and any challenges, as they say, just make you stronger,” said Maria Skokova, Specialist of the Sakhalin Energy Social Performance Subdivision. 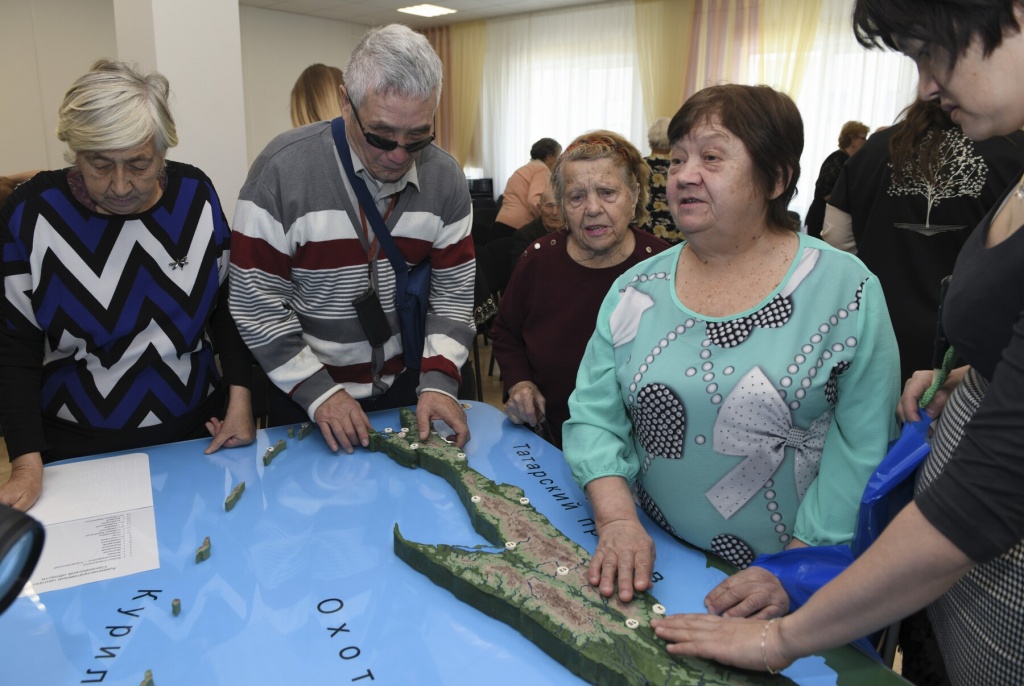