A group of journalists visited the offshore platform for one day to make a special video report on oil and gas production and transportation to the onshore facilities via the offshore pipeline system. Sakhalin-2 gas is also exported to the Sakhalin-Khabarovsk-Vladivostok gas pipeline, the main subject of the video report made for the Energetika tv-show.

During the visit the group was accompanied by Sakhalin Energy Offshore Asset Manager Marat Rezyapov. He described the Piltun-Astokhskoye field as a large hydrocarbon accumulation with a very complex geological structure.

“For most of the year, the platform is surrounded by ice. The Sea of Okhotsk starts freezing in December and you won't see any water surface around till the end of June – only snowy icy fields. Nevertheless, they do not affect hydrocarbon production,” the reporter says.

Prior to delivery to the onshore facilities hydrocarbons are separated into liquid and gaseous phases. PA-B Lead Shift Supervisor Georgy Samoilov explained that the gas processing included liquid phase removal. “The gas is then supplied to the gas compressor where it is compressed to a certain pressure and exported via pipeline to the Onshore Production Facility,” he added.

On the platform the shooting crew had to deal with the treacherous weather. As they arrived the platform welcomed the guests with sun and clear sky, and the wind stopped blowing for the time required for shooting on deck. A few hours later, however, they had to leave urgently due to the looming storm and literally wait by the sea for the weather.

The shooting crew made their previous trip to Sakhalin in March 2019 while visiting the Prigodornoye production complex. As a result they released a video report dedicated to the tenth anniversary of the first scheduled cargo of Russian liquefied natural gas produced under the Sakhalin-2 project. 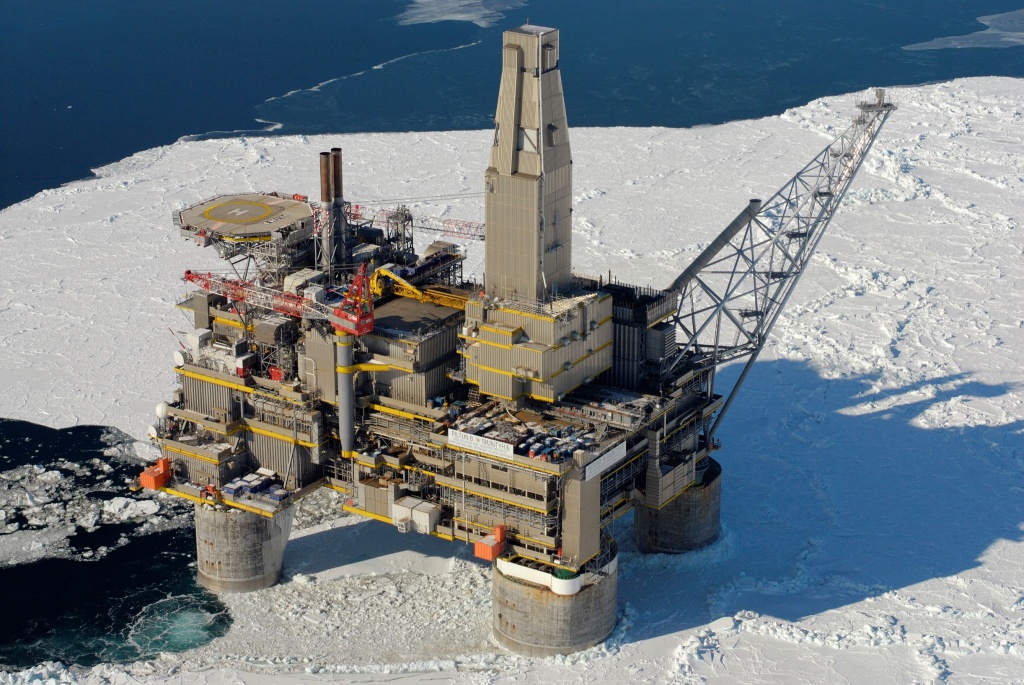