The OPFC Inlet Receivers Have Been Installed

The installation of two inlet separators for the Onshore Processing Facility (OPF) compression project has been successfully completed. They are required for processing and conditioning of gas received from the Lunskoye-A (LUN-A) platform for its further transportation to the south of the Island.

High-tech equipment is designed to operate at high pressures (can withstand pressure up to 100 bar), as well as in special climatic and seismic conditions of the region. The separators are made by Izhora Plants Russian company of overlay clad sheet, with the inner layer of stainless steel, which prevents them from corrosion. Total weight of each is more than 500 tonnes.

According to Paul Allen, Sakhalin Energy Commissioning and Start-Up Manager, the installation required more than 100 people to be involved. “The process itself took almost a week – with two days of preparation between the first and the second separator’s installation”, - said Paul.

As Andreas van den Dries, OPFC Project Manager, said “The successful installation of this exceptionally heavy and oversized equipment is an important milestone for the project. This equipment travelled around the world and having them all safely installed on their permanent foundations, enables the project to continue without limitations”.

These are the first separators made by Izhora Plants Russian company to be used at the Sakhalin-2 production asset. Such a partnership is a vivid example of Sakhalin Energy’s Russian content development programme and import substitution efforts; it is conducive to the introduction of new quality and competitive Russian products on the market.

In addition, the installation of a high-pressure flare separator was completed at the construction site previously. It is used in flare systems for the purification of associated gas, intended for burning in a flare unit, from drip moisture, mechanical impurities and other suspended particles.

This and the other large-capacity equipment was delivered to the north of the Island at the end of July 2019. A temporary jetty was specially built for the transport barge to moor to. For this purpose, another barge was placed on the bottom of the beach at the shore and connected to the access road via a temporary bridge and ramps. It took five days to unload the equipment. Now the jetty has been dismantled and the beach has been restored back to original conditions. 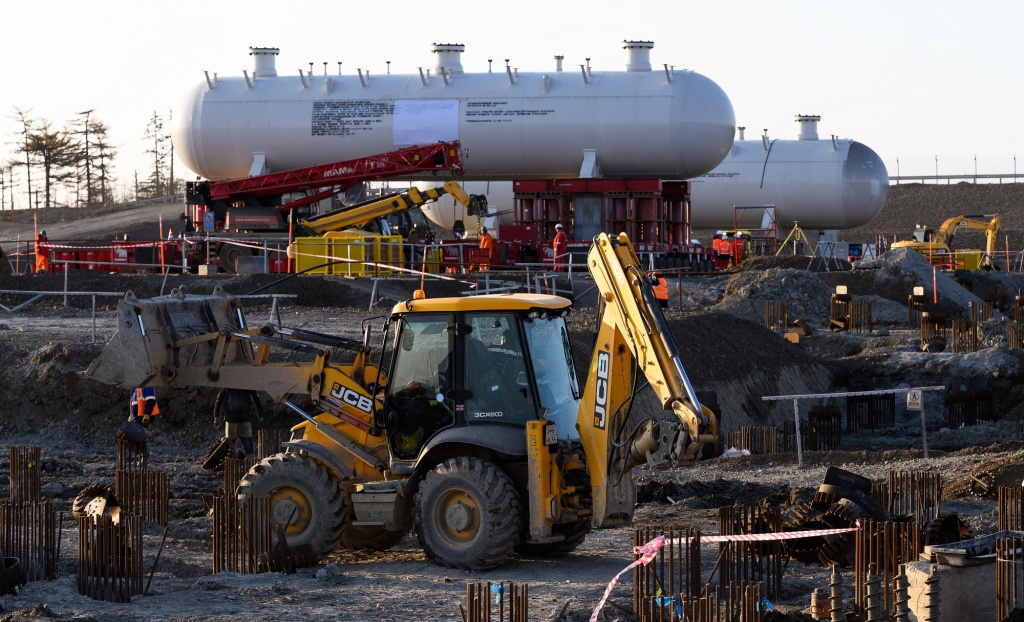