Upon learning the winner of the 10th Annual Regional Safety Day, the audience erupted in applause and cheers. Three days of the competition that tested children’s knowledge of safety rules ended with the Fearless team of sixth-graders from Dolinsk School No. 1 emerging victorious out of 15 other teams.

Close on their heels, the SPAS-Extreme team fr om the Yuzhno-Sakhalinsk Cadet School landed on the second place, while the third position was awarded to the Risk team from Aniva School No. 1.

The contest was organised and held by partners in the Safety Is Important! programme: Sakhalin Energy, the Chief Directorate of the MChS for the Sakhalin Oblast and the regional Ministry of Education.

“The valuable experience we gained during these three days will help us adjust our health and safety training method at schools, pay closer attention to practical exercises and find ways to incorporate more games in the learning process,” commented teachers of participating teams. Their students successfully handled 13 stages of the competition and received stamps in their passports of citizens of Safety Land, that had been handed to each contestant by organisers at the opening ceremony.

Unfortunately, not everyone was beaming with joy—some participants were not able to cope with the tasks, answer some questions on time, or react to a dangerous situation envisioned by the exercise script, and as a result, fell short of contest points. The teachers cheered them up by repeating that it wasn’t about winning, it was about taking part.

According to the winners, the easiest and most fun part of the competition was devoted to on-line safety. “We came up with the right answers very quickly, because we all use the Internet every day and know how not to get tricked by scammers and other dangerous people,” eagerly shared their impressions the participants.

Each contest stage had a theme: safety rules for the Internet, while camping, in everyday life, in emergencies, as well as water safety. The programme also included rounds on fire safety, air travel and rail road safety. The last topic was added to the competition for the first time and was the most challenging for the children.

Ultimately, the Torch team from the Okha School No. 7 became the winner in the Air Travel Safety stage. But the representatives of the Aurora Airlines wanted to additionally spotlight another participant from Nevelsk. Following his heart rather than the safety rules, he was the only one to take the organisers’ bait and carry a dog named Innokenty inside his life jacket during the aircraft evacuation exercise. The boy’s actions stoke a chord with every adult attending the contest. In case of a real emergency, this decision could have cost him his life. However, the experts decided to present him with a special gift that would remind him about this mistake, so that he does not repeat it in the future.

“Prior to the start of the competition, we received many questions inquiring about the type of exercises and tasks the participants will have to deal with. But that’s the thing about emergencies—they always happen unexpectedly. Nevertheless, the students handled the challenges with flying colours!” noted Roman Novosyolov, Acting Deputy Head of the Chief Directorate of the MChS for the Sakhalin Oblast.

“The water safety round demonstrated that there is room for improvement, but still, the children did great! I wish them all to always be high-spirited and enthusiastic! I hope that the new knowledge and experience they gained will be of good use to them in the future,” said Mikhail Matveev, Senior Inspector for Small Vessels of the MChS State Inspection of Small Vessels. He noted that the Aniva School No. 1 team stood out from the rest during this challenge. “They were the only ones to take notice of the fact that before putting to sea on a boat they needed to invite an adult.”

The participants’ knowledge and actions were judged by experts—specialists of the Sakhalin Oblast Department of the State Fire Fighting Service, the Supervisory Division of the Chief Directorate of the MChS for the Sakhalin Oblast, employees of the V.A. Polyakov Search and Rescue Team and the Yuzhno-Sakhalinsk Search and Rescue Squad, the State Inspection of Small Vessels, the All-Russian Voluntary Fire Organisation and Rossoyuzspas Public Organisation, MTS, Aurora Airlines and the Far Eastern Children’s Railway in Yuzhno-Sakhalinsk.

“The organisers noted a positive trend—this year the competition had a lot of practical exercises,” said Anna Lygina, Lead Specialist of the Sakhalin Energy Social Performance Subdivision. “We figured that all theoretical knowledge should be put into practice as much as possible; for instance, children should be placed in game situations wh ere they have to think on their feet and act fast.”

The three winning teams were awarded gift certificates for purchasing equipment for health and safety classes: for RUB 250, 200 and 150 thousand respectively.

All participants also received memorable gifts, and their teachers were presented with educational materials developed under the Safety Is Important! programme, which are designed to make safety training more fun for the students.

The official ceremony concluded with the parting words from Tatyana Derivedmid, Head of Social Performance at Sakhalin Energy. “I really hope that instead of scaring you, the tasks of the competition strengthened and revitalised your safety knowledge and skills. And now we, the adults, can rest assured that the districts of our island have brilliant safety experts that will know what to do in case of an emergency and will be able to help themselves and others.”

Safety Day is an annual competition between Sakhalin school teams that tests their knowledge of safety rules. The participants are comprised of teams that have won regional stages of the safety contest. 2019 marks the anniversary of the Safety Day—this year it has been held on the island for the tenth time. Over the years, more than 600 children have participated in the competition and expanded their knowledge of safety rules.

The contest is traditionally held in October, on the eve of the International Day for Natural Disaster Reduction, established by the UN General Assembly in 1989. 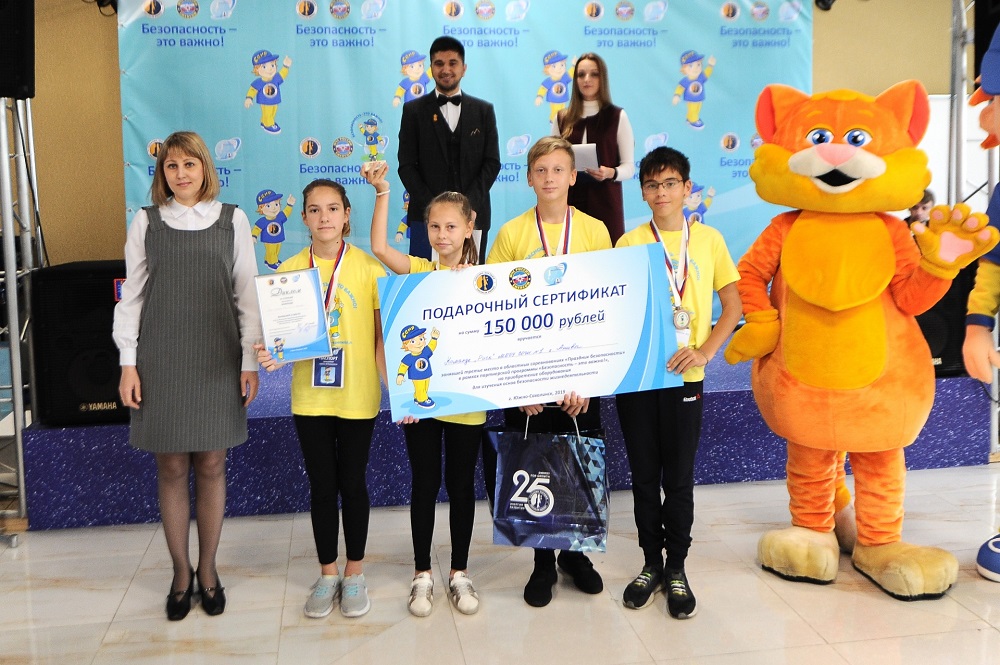 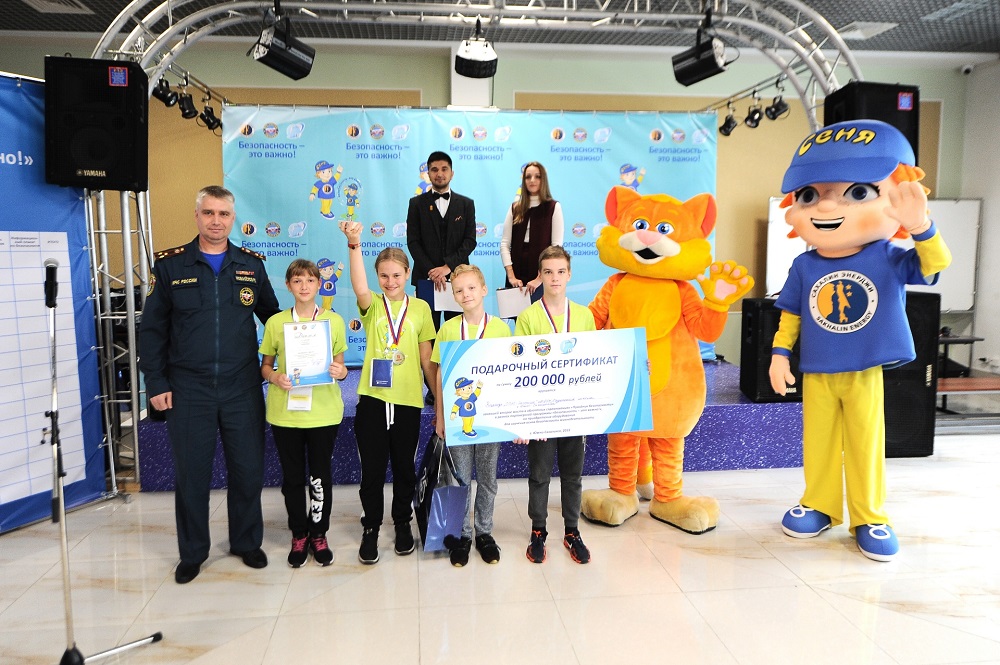 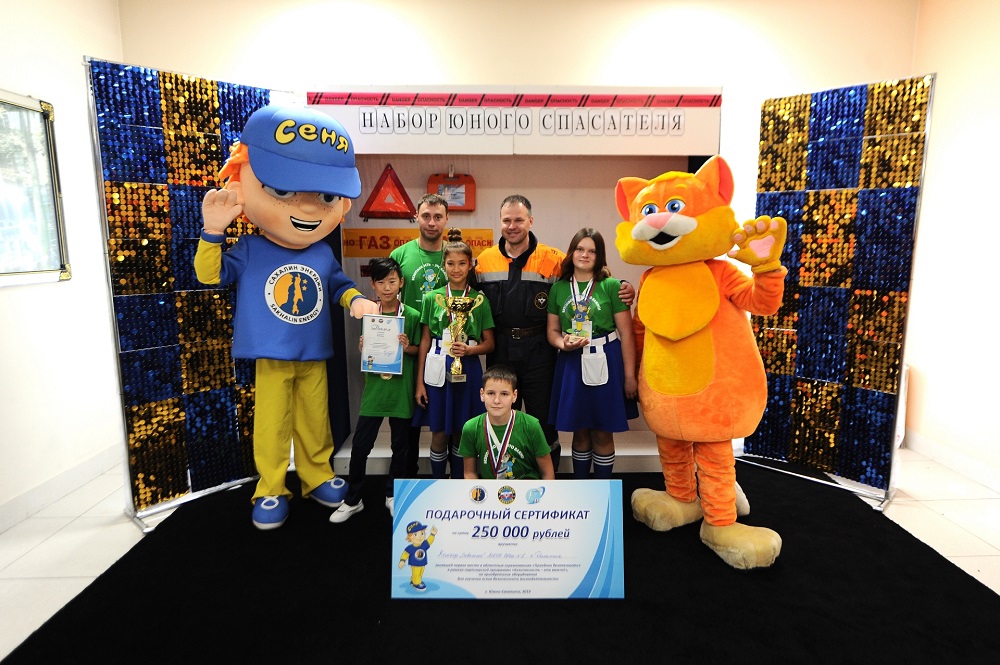