Sakhalin Energy recently carried out oiled wildlife rescue training. This course was different from the previous ones: in addition to the company personnel it was attended by representatives of other oil corporations, such as Gazprom Neft, LUKOIL, Exxon Neftegas Limited, as well as employees of relevant departments of regional authorities. The course organisers believe that such format will help participants to share their experience and practices, develop skills for prompt cooperation, and find solutions for complex organisational and regulatory aspects of emergency response.

According to Andrey Samatov, Head of the Sakhalin Energy Environmental Protection Division, oiled animals require urgent, competent assistance that consists of capturing, rehabilitation and returning them to the wild. This task can only be accomplished by well-prepared staff, whose special knowledge and skills can help them be efficient in their actions.

“Considering that there are no state-mandated documents regulating these efforts, a comprehensive approach to rescuing wildlife calls for cooperation and special attention of many people. That is why Sakhalin Energy focuses on training company and contractor employees and carries out extended courses that engage experts of state environmental bodies, veterinarians, and other stakeholders to practice well-coordinated and successful measures in this area,” added Andrey Samatov.

Prior to practical exercises, Sakhalin Energy employees shared theoretical information with the attendees and recounted stories of large oil spills that affected various animals. The most numerous victims are birds, as oil slicks do not frighten them; on the contrary—they perceive them as calm water and land on them to rest. The participants were also familiarised with basic anatomy and morphology of bird species protected or common on the island. The external oiling damages birds’ plumage, tangles their feathers, and intoxicates them by absorbing through skin or when consumed in attempts to clean the feathers. The success rates of birds’ rehabilitation and release into the wild varies fr om 3 to 90 percent depending on the intensity of oiling, promptness and quality of rescue efforts.

On the second day of the training, the Aniva Bay’s sandy beach was full of people in white and orange protective overalls—these were the participants of the course who came to put their new knowledge to the test. The location served as grounds for practising actions of field teams, whose task is to find and capture oiled birds, to scare away unaffected specimen, to collect and dispose of the bodies of perished birds. Soon after the start of the exercise, a string with sizeable balloons was deployed along the water edge to restrict the assumed oil spill area. Black circles drawn on the balloons were meant to imitate the eyes of predators and keep unaffected birds away fr om the polluted area in case of a real spill.

Next to them, another birdscarer was being installed: The Scarey Man (the official name of the device) is a colourful inflated scarecrow which rises and falls to the accompaniment of lights and sounds.

Simultaneously, other participants were learning the tricks for capturing oiled birds. Timofey Zvezdov, Lead Specialist of the Sakhalin Energy Environmental Monitoring and Biodiversity Conservation Subdivision, has first-hand experience of rescuing our avian friends harmed by oil spills. In 2015, Sakhalin Energy responded to the regional administration’s request to join wildlife rescue mission after the Nadezhda tanker, that carried diesel fuel and fuel oil on board, took the ground near the Sakhalin shore. The mobilised field teams, together with volunteers from other organisations, searched for and captured affected animals and cleaned up the shore line. The exhausted, freezing creatures covered in oil were transported to the rehabilitation centre by all available means, including on a helicopter. This birds rescue operation on Sakhalin was the first experience of its kind in the Russian Far East. It provided invaluable lessons and helped to improve the setup of the rehabilitation centre and to identify gaps in the teams’ competence. Over the years of the programme implementation, Sakhalin Energy has trained over 300 people from among its personnel, employees of contractor organisations and other stakeholders willing to assist in rescuing oiled animals.

The second part of the field exercises was held in the bird “hospital”, Russia’s first wildlife rehabilitation centre that trains personnel to rescue these special patients. The centre follows the workflow and logic of real clinics: first, birds come to the admissions office; then they are transferred to the wash-off zone equipped with several drains and sinks with hot and cold water. There they receive “emergency treatment”: before commencing cleaning, the birds are given activated carbon and glucose to inhibit toxins absorption and impact. Then they are cleaned from oil using vegetable oil and washing-up liquid. The rescuers have to be very careful: one careless movement can damage the animal’s wing or foot which will doom its chances of returning to the wild. And there is threat the other way around: a frightened bird can hurt its saviour.

“It is best to work in a group of two or three people to be able to restrain the bird’s movement and avoid injuries. This way any volunteer can easily manage this task,” comments Oleg Burkovsky, Lead Specialist of the Sakhalin Energy Environmental Monitoring and Biodiversity Conservation Subdivision, explaining how to handle the centre’s patients correctly during the procedures. On a related note, participants of the training had to wash off pretend oil from two living domesticated ducks, Smorodinka and Chereshenka.

After getting cleaned, the “victims” were transferred to the next “ward”, wh ere they were dried off according to another set of rules. The key ones is to prevent birds from clustering together and to maintain the temperature in the aviary at about 30 degrees, which is the most comfortable level for birds. Afterwards, the animals are relocated to the rehabilitation unit, wh ere they remain until full recovery: during this time the birds are fed, treated additionally, if necessary, and given vitamins and antibiotics. To accommodate the needs of waterfowl, these “wards” are also equipped with mobile swimming pools. The Prigorodnoye Asset wildlife rehabilitation centre can simultaneously host 2,000 birds and employ up to 50 people.

Field equipment sets for scaring, capturing, stabilising and transporting oiled animals as well as the rehabilitation centre’s equipment and sufficient amount of medications are stored in a special warehouse on the territory of the Prigorodnoye Asset, which is essential for prompt response in case of a real emergency. In addition to the centre’s main premises in the south part of the island, it has two other stations—in the northern and central Sakhalin—which will permit the company to mobilise its rescue forces along the entire infrastructure of the project.

“This is my first time taking part in this training course, but I have heard a lot about it. Experiencing all the rescue stages from the inside gave me a clear understanding of how to carry out these operations properly and efficiently. I will definitely share this new knowledge with my colleagues in Yuzhno-Sakhalinsk and Moscow. For me, it was especially valuable that today I got to actually practise all the theoretical information I had learned yesterday,” shared her impressions Anna Zubko, a participant of the training course.

Today, such impressions and emotions were plentiful, and they urged each attendant to ask themselves: what would I do in these situations? 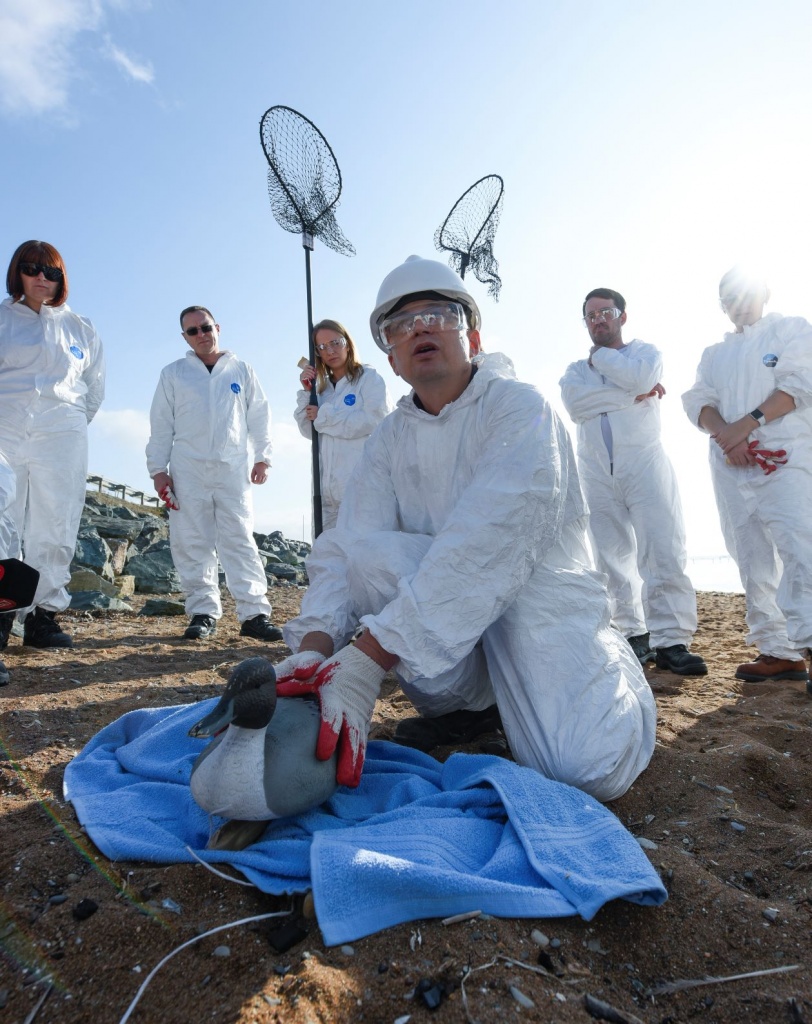 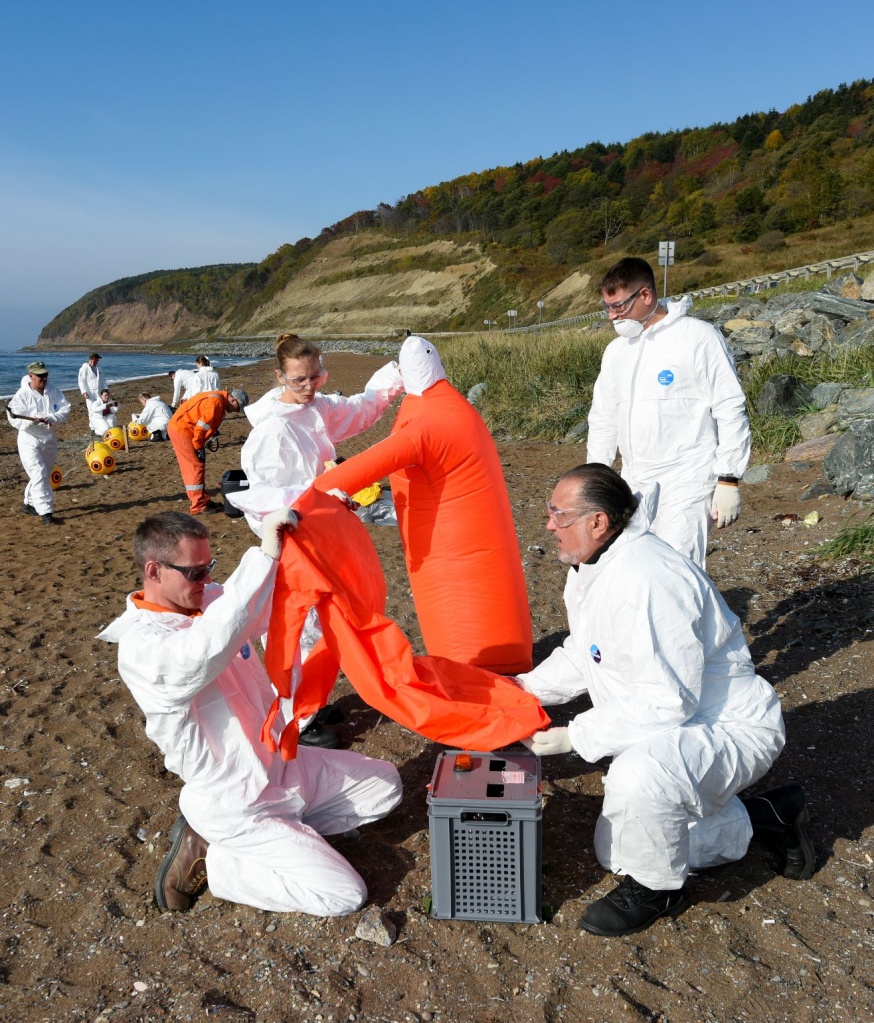 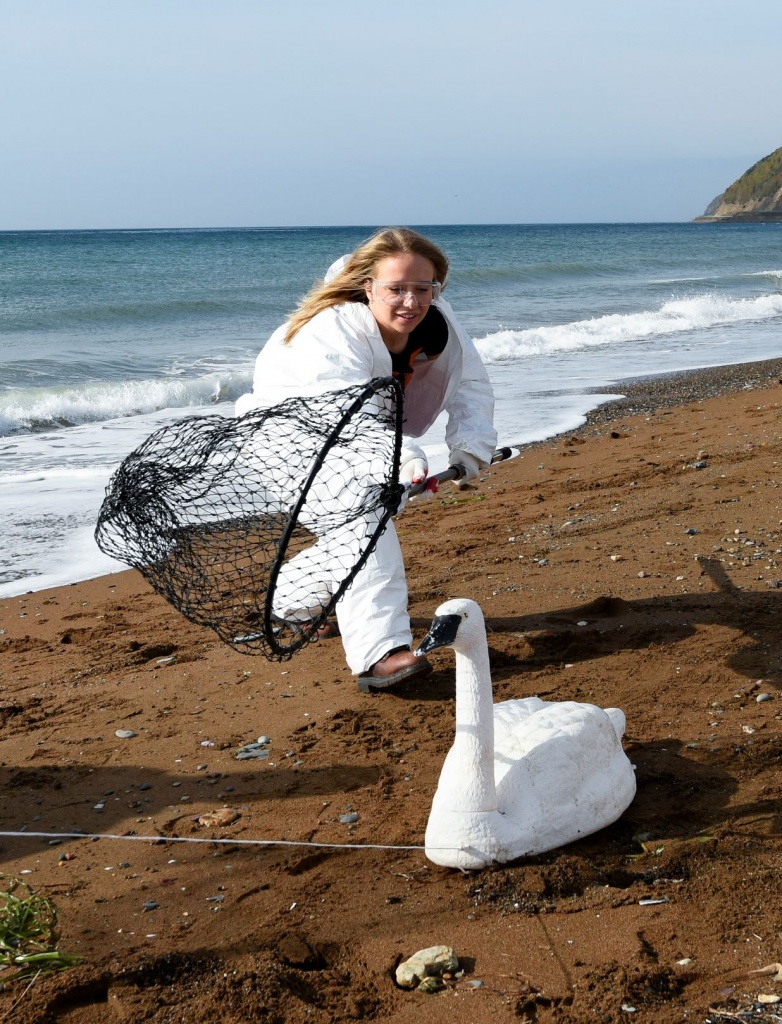 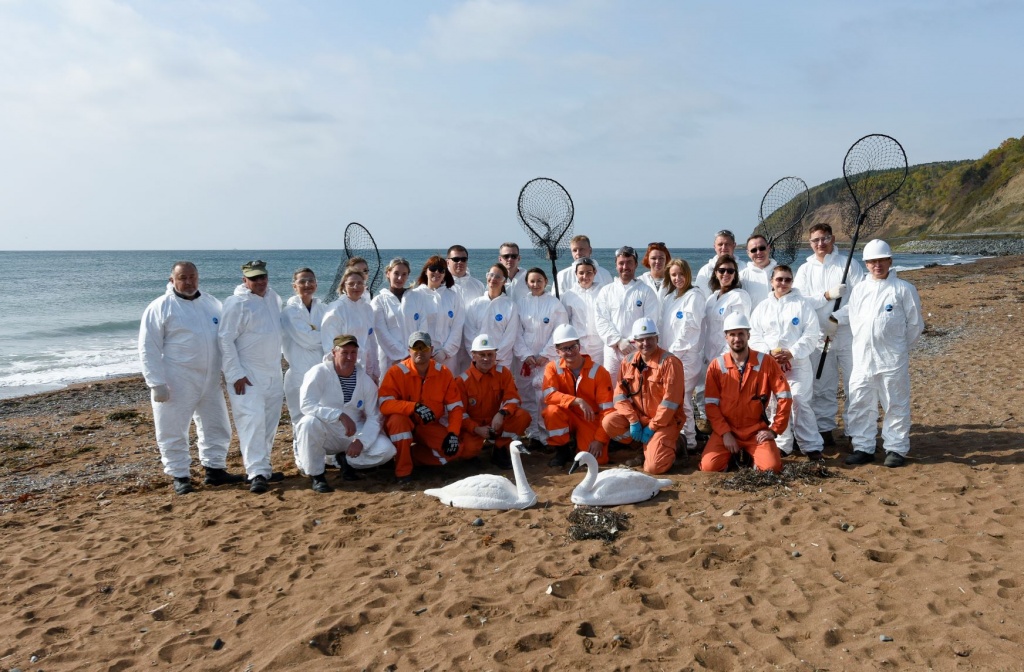